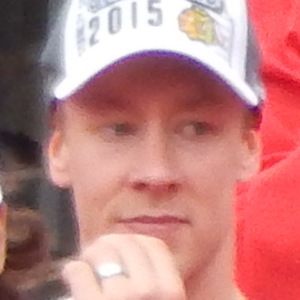 Hockey goaltender who began his NHL career with the Chicago Blackhawks in 2013. Earlier that year, he won the Finnish championship with Assat, winning the Jari Kurri trophy as the best player of the playoffs.

He was born in Rauma, Finland and began his SM-Iiiga career with Lukko in 2009.

The year he and Assat won the Finnish title, he won the Lasse Oksanen trophy for the best regular season performance by a player in SM-Iiiga.

His brother, Mikko Raanta, is also a hockey player.

He became teammates on the Blackhawks with Conn Smythe Trophy winner Patrick Kane in 2013.

Antti Raanta Is A Member Of