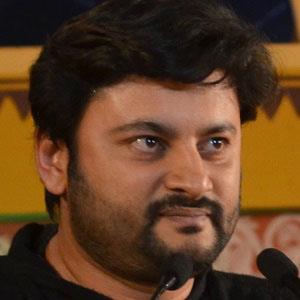 Notable for his work in Bengali and Oriya-language films, he won Tarang Cine Awards for his performances in Hata Dhari Chalutha (2013) and Balunga Toka (2011) and received a Zee Cine Award for his role in Something Something (2012).

After graduating from Christ College, Cuttack, he made his film debut in the 2005 Ollywood feature I Love You.

A politician as well as an actor, he was elected to India's Rajya Sabha (upper parliamentary house) in 2014 as a member of the Biju Janata Dal (BJD) party.

He was born and raised in Cuttack, Odisha, India. In 2014, he married actress Barsha Priyadarshini.

He was born in the same year as fellow Indian screen star Arya Babbar.

Anubhav Mohanty Is A Member Of