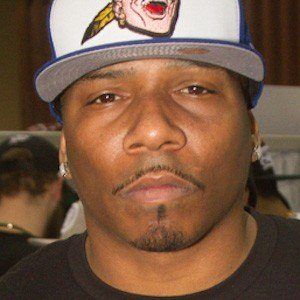 Rapper from Oakland, California most well known for posting incessantly on social media about his supposed affairs with celebrities and celebrity wives. The biggest of these incidents was Coco Austin, wife of Ice-T, and star of reality television show Ice Loves Coco.

He is part of the hip hop group Mob Figaz along with Husalah, Rydah J. Klyde, The Jacka, and Fed-X. The Jacka was shot to death in Oakland in February 2015.

He released a solo album called Pursuit of Perfection in March 2013.

He claims his real name is Bishop Shakur, though online critics have said they have discovered that his legal name is Kenneth Huddleston.

In addition to Coco, he makes lewd claims about affairs with Kim Kardashian and Vanessa Bryant, Kobe Bryant's wife.