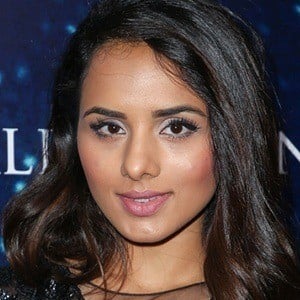 TV actress who appeared in The Librarians in 2015 and as Sarika in A.P. Bio in 2018. She can be on Instagram under the handle aparnabrielle.

Her first on-screen role was in the 2011 short film Dinner with Wendy.

She appeared as Jenny in a 2014 episode of Grimm.

Her parents' first apartment was on Estuary Drive in Beaverton, Oregon.

She has appeared on screen with Glenn Howerton on A.P. Bio.

Aparna Brielle Is A Member Of