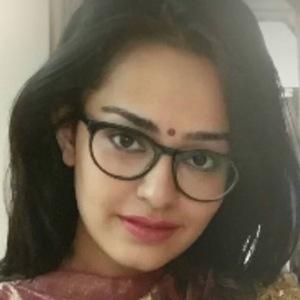 Indian actress who is known for starring in Hindi, Kannada, and Punjabi films. She is best known for having portrayed the character Khushi in the 2015 film Siddhartha. She has amassed over 25 acting credits throughout her recent career.

She first began acting at the age of thirteen when she was cast in the feature film Bubble Gum. She then went on to do more advertising and commercial work, appearing in Glam Up and Cadbury Perk advertisements. She earned further recognition for her breakout performance in the 2014 film Disco Singh where she played the character of Priya.

In addition to her roles in film, she also played the explorer and host on the popular Discovery Kids documentary series Mystery Hunters India. In 2021, she played the character Urvi Sharma in the TV show Khatta Meetha.

She was born and raised in New Delhi, India.

She starred alongside Akshay Kumar and Sonakshi Sinha in the 2014 Hindi film Holiday: A Soldier Is Never Off Duty.

Apoorva Arora Is A Member Of