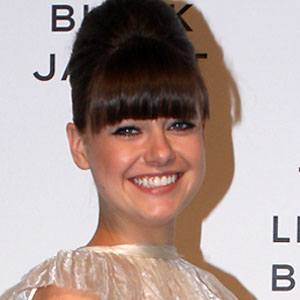 Daughter of Kirk Pengilly who has modeled for Sony, Nokia, L'Oreal and Elle magazine.

She first started modelling while still in grade school.

She was introduced to film audiences with her debut role in the 2011 film LBF. She also competed on the 14th season of Dancing with the Stars alongside Aric Yegudkin.

She dated drummer Tim Commandeur for a few years in the early 2010s.

She worked alongside fellow models J. Alexander and Doutzen Kroes at the 2009 L'Oreal Melbourne Fashion Festival.

April Rose Pengilly Is A Member Of