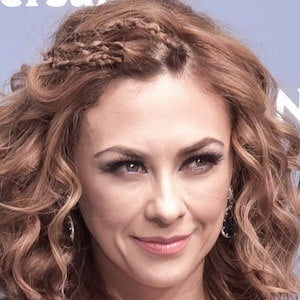 She was discovered in 1993 and was chosen for the Rostro del Heraldo de Mexico.

She also writes and performs her own songs, three of which have appeared on the soundtrack for Abrazame Muy Fuerte.

She had sons named Miguel and Daniel.

She had a romantic relationship with award-winning Mexican singer Luis Miguel.

Aracely Arámbula Is A Member Of