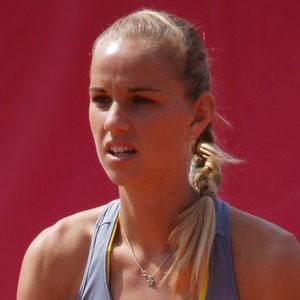 Dutch tennis player who won the Australian Open for juniors in 2008 and became the top-ranked junior player in the world. Among her most notable wins include upset victories over Kim Clijsters at the 2011 French Open and Samantha Stosur at the 2012 Wimbledon Championships.

She was born in the city of Delft and participated in her first ITF Pro tournament at Alkmaar at age 14.

In June 2013, she tied a record for the most consecutive WTA losses with 17.

She has an older sister named Kim.

She and American Taylor Townsend are both former Australian Open girls' singles champions.

Arantxa Rus Is A Member Of