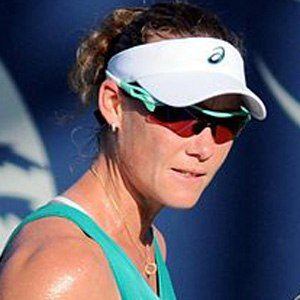 Australian tennis star who ranked as high as 4th in the world in singles and 1st in doubles.

She learned to play tennis with her brother at age eight.

She was born in Brisbane, Queensland, of Polish descent and grew up with her two older brothers, Dominic and Daniel.

She defeated Serena Williams at the 2011 U.S. Open to win her first Grand Slam singles event.

Samantha Stosur Is A Member Of