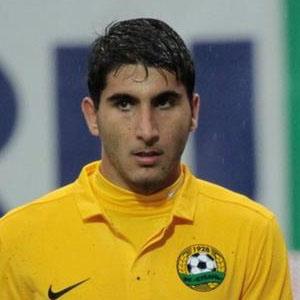 Winger who was voted the AFC Ajax Talent of the Future in 2009 and won back-to-back Eredivisie titles with Ajax in 2011 and 2012.

He played youth soccer for Hollandia until 1998.

He joined the Armenian national team in 2012.

He was born in Istanbul, Turkey.

He played alongside defender Toby Alderweireld on Ajax.

Aras Ozbiliz Is A Member Of