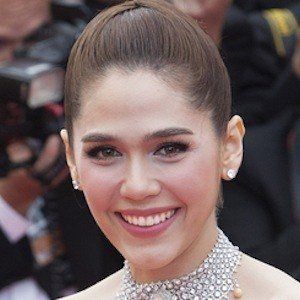 British-Thai actress most famous for her roles in films like 2010's Saranae Siblor and 2012's Crazy Crying Lady. She has also been an ambassador for L'Oreal Paris.

She spent her high school years at Bodindecha School. She later graduated with honors from Rangsit University.

She has received significant media attention for her fashion sense from outlets like The Huffington Post, who published an article in 2015 called "14 Times Araya Hargate Proved She's The Queen Of Style."

She married businessman Witsarut Rungsisingpipat. She has two sons.

Araya A. Hargate Is A Member Of