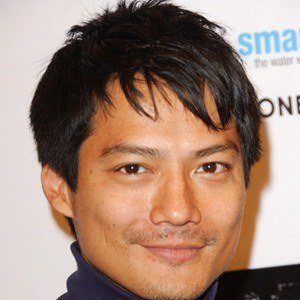 Actor best recognized for his role as Archie Johnson in CSI: Crime Scene Investigation. He also appeared in the films Snow Flower and the Secret Fan, The One, and The Hills Have Eyes II.

He graduated from George Mason University with a degree in Speech Communication, intending to work in politics.

He played one of the Lost Galaxy Power Rangers in a TV show that ran for one season in 1999.

He has two younger sisters and seven half-sisters; his parents are Taiwanese-American. He married Zhou Xun in 2014.

He appeared in a 2008 episode of Desperate Housewives with Felicity Huffman.

Archie Kao Is A Member Of