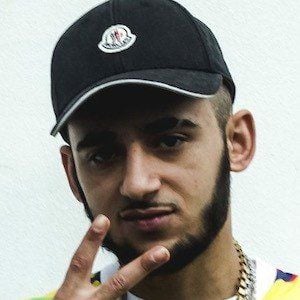 Rapper popular on the YouTube channel WindyMusicEnt, which he runs with fellow rapper Sho Shallow. He released the track "1HUNNA" in November 2021.

He began rapping at 15 years old, because he liked rhyming.

He is a motorcycle enthusiast. His biggest influences are Jadakiss and Notorious B.I.G.

He's from Brixton, south London and is of Muslim and Moroccan descent. He has a son named Adz.

He knew rapper Lowkey growing up.

Ard Adz Is A Member Of