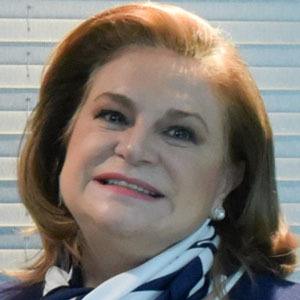 Mexican politician who is best recognized for her work as Secretary of the Civil Service as well as the Attorney General of Mexico. She is also known for having worked as an attorney and for having been a member of the the Institutional Revolutionary Party.

She attended Anahuac University where she earned her Law degree. She started gaining further attention in 2015 after being elected Attorney General of Mexico.

She is also known for having served as a Senator for the LXII Legislature of the Mexican Congress.

She married Alfredo Freyssinier and together they have two daughters.

She served as Secretary of Civil Service under President Enrique Peña Nieto.

Arely Gómez González Is A Member Of