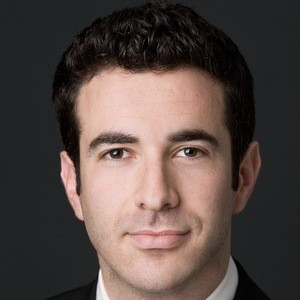 Journalist for NBC News and host of MSNBC's The Beat with Ari Melber. The show launched in 2017 and has achieved the highest ratings in history for that time slot on MSNBC.

He won an Emmy Award 2016 for his Supreme Court coverage at MSNBC.

He's divorced Drew Grant who's worked as a reporter for the New York Observer.

Ari Melber Is A Member Of