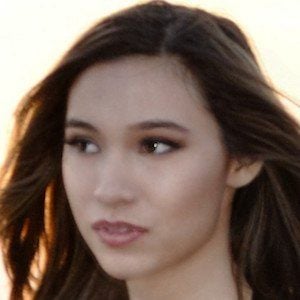 Indie/pop singer as well as songwriter and guitarist who has released a few singles by the names of "Stuck Again," "Paper Cuts & Scars" and "This Can't Be Love."

In 2014, she was named the overall winner of the Septien Commercial Showcase at Gas Monkey Bar & Grill.

In 2015, she won the Wildflower category in the Budding Talent Finals at the Richardson, Texas-based Wildflower Festival and in 2016, she won the Best Vocalist Award at the Septien Master Showcase at the House of Blues in Dallas, Texas.

She has a twin sister named Alyssa Braddom. They are from Plano, Texas.

She collaborated with Zach Herron on a single called "I Know What You Did Last Summer."

Ariana Braddom Is A Member Of