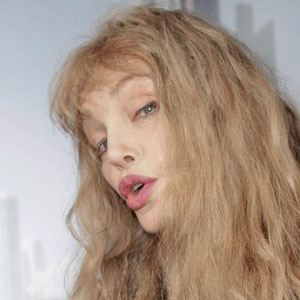 French-American actress and singer best known in the acting world for her roles on the series Miami Vice and in films like 1983's Pauline at the Beach. She began releasing music in the early 80's, singing on singles like "Paris m'a Seduit" and "Cantate 78."

She and her brother grew up in Mexico and later studied at the Conservatoire International de Musique de Paris in France. She made her film acting debut in 1978's Perceval.

She wrote the screenplays for the 1982 film Chasse-Crois and the 1988 film Les Pyramides Bleues.

She was married to dentist Paul Albou from 1976 to 1985. She married philosopher Bernard-Henri Levy in 1993.

She co-starred with actor Fred Ward in the 1995 film The Blue Villa.

Arielle Dombasle Is A Member Of