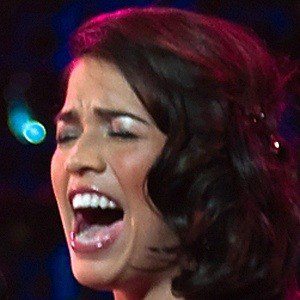 Singer and Broadway actress who was cast as Princess Jasmine in an Australian production of Aladdin after previously being seen on Broadway in In the Heights and Wicked. She also performed in the nationally touring High School Musical.

She performed with The Princeton High School Choir before attending New York University where she received her Bachelor of Music Degree in vocal performance.

An active environmentalist, she maintained a website called Help Heal the Earth.

Her brother Adam Jacobs is a Broadway actor as well. Her mother is Filipino.

She acted opposite Lin-Manuel Miranda in the musical In the Heights, a production that Miranda created.

Arielle Jacobs Is A Member Of