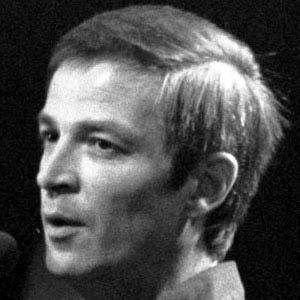 Rock singer considered one of the most popular and influential artist in the history of Israeli music. He recorded more than thirty albums over the course of his illustrious, five decade-long career.

He was a track and field champion and served in the Israel Defense Forces.

He was a cast member on the cult classic 70's TV show Lool, where he was praised for his skills as a comedian.

He was married three times.

He co-starred with actor Chaim Topol in the 1964 comedy Sallah Shabbati.

Arik Einstein Is A Member Of