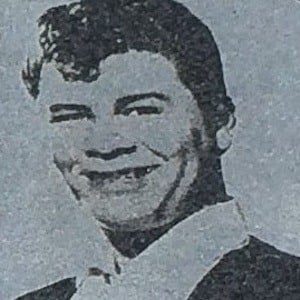 Pioneer in the Chicano rock movement who released the single "La Bamba." He tragically died in a historic plane crash, an event that was nicknamed The Day the Music Died.

He learned to play the guitar right-handed even though he was naturally left-handed.

He died in the plane crash that also killed The Big Bopper and Buddy Holly.

His mother was actress Connie Valenzuela.

Ritchie Valens Is A Member Of