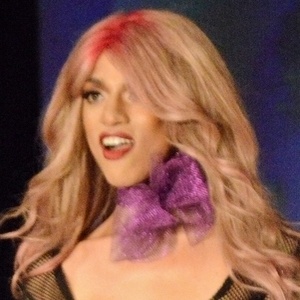 Transgendered model who became known as a cast member of Oxygen's reality series Strut. She has also walked the runway for designer Topshop and been featured as the face of Kenneth Cole.

She came out as gay when she was 17 years old and moved to Miami. She realized she identified as trans after seeing a therapist.

She blew up in the media after writing an open letter to Kendall Jenner slamming her for her model "bullying."

She was born a male in Woodbridge, Virginia. She grew up with a brother and two sisters. She started to realize she was gay around the age of four or five.

She appeared in a modeling spread in Purple magazine with Andrej Pejic.

Arisce Wanzer Is A Member Of