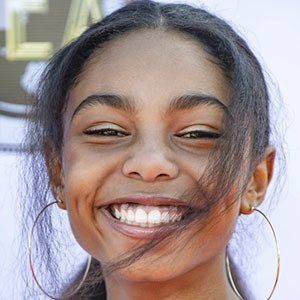 Actress who is best recognized for her recurring television roles. She is known for having portrayed Alicia Windsor in Bajillionaires as well as a Young Burnham on Star Trek: Discovery.

She first started her acting career in 2017 after she made her television debut in an episode of The Mystery Files. She then gained further attention in 2017 when she landed her first recurring role as Ozlyn on the series Odd Squad.

She is known for having won the Joey Award in Vancouver for Best Series Regular for her role in Odd Squad during its 2018 season.

She was born and raised in Canada and shared a photo with her mother through her Instagram in November of 2018.

She shared a photo with her Star Trek: Discovery co-stars Kenric Green and Sonequa Martin-Green through her Instagram in April of 2019.

Arista Arhin Is A Member Of