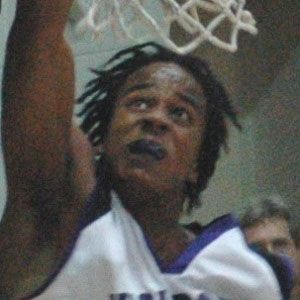 Power forward who had an outstanding college career at High Point University, earning Big South Conference Player of the year honors in back-to-back years in 2007 and 2008. He has since played overseas with a variety of teams, including Mitteldeutscher BC, where he was named the German ProA MVP.

He played high school basketball at Gaffney High School in Gaffney, South Carolina. He joined the High Point Panthers in 2004.

He became the first Big South Conference ever to average 20 points and 10 rebounds per game over a career.

He has brothers named Jarron, Tyson and Tyshone as well as sisters named Kesha and Tyshennia.

He was teammates with future NFL wide receiver Sidney Rice in high school.

Arizona Reid Is A Member Of