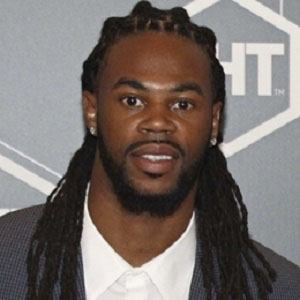 Speedy NFL wide receiver who was signed by the Seattle Seahawks in 2011 after four seasons with the Minnesota Vikings. He had his breakout campaign with the Vikings in 2009 when he caught 83 passes for 1,312 yards and 8 touchdowns.

He earned All-State honors in basketball and football while attending Gaffney High School.

He tied an NFL playoff record with three touchdown receptions in the 2009 NFC Divisional Playoffs.

He had his first Pro Bowl season in 2009, when he played with future Hall of Fame quarterback Brett Favre.

Sidney Rice Is A Member Of