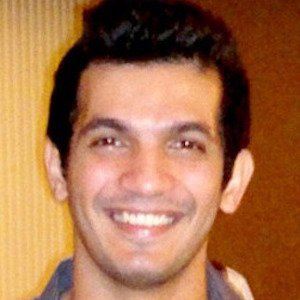 Television actor recognized for his recurring roles in Indian shows like Miley Jab Hum Tum, Meri Aashiqui Tumse Hi, and Naagin, as well as the Disney Channel show Kartika. He also hosted the 2012 series Road Dairies and made appearances on Box Cricket League.

He earned one of his first acting roles playing Ankush in the 2004 film Kartika.

Outside of his television work, he has appeared in movies like Full Phukre and Direct Ishq.

He and his wife Neha Swami have a son named Ayaan.

He stars opposite Adaa Khan in the 2015 serial drama Naagin.

Arjun Bijlani Is A Member Of