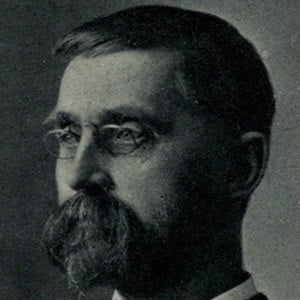 A prolific American writer, poet, literary critic, essayist, educator, and newspaper editor, he is most famous for his novels The Pagans, The Philistines, and The Puritans (published between 1884 and 1889). His other works include Love in a Cloud and Sonnets in Shadow.

He graduated in 1876 from Bowdoin College and began editing the Boston Sunday Courier four years later. He subsequently accepted a professorship in English at the Massachusetts Institute of Technology.

He became a 1900 Fellow of the American Academy of Arts and Sciences.

He married Harriet L. Vose in 1882. He and Vose later became parents to a son named Oric.

He wrote the introduction to E.P. Whipple's 1912 edition of Charles Dickens' works.

Arlo Bates Is A Member Of