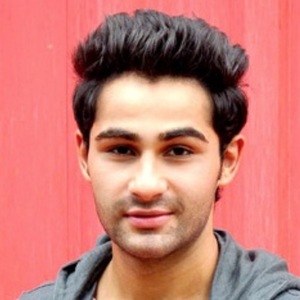 Indian actor who's known for making his acting debut as Dino in the 2014 film Lekar Hum Deewana Dil. He also appeared in Comedy Nights with Kapil in 2014 and was an assistant director on the 2012 film Student of the Year.

He attended Regents College in London to study business. He later dropped out to be an assistant director for Karan Johar.

He looks up to Aamir Khan and Leonardo DiCaprio.

He's Raj Kapoor's grandson. His parents are Reema Kapoor and Manoj Jain. His brother Aadar Jain is also an actor.

He starred alongside Deeksha Seth in the film Lekar Hum Deewana Dil in 2014.

Armaan Jain Is A Member Of