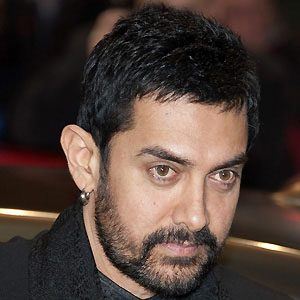 Celebrated Bollywood actor and director who has earned multiple National Film Awards and Filmfare Awards. He has starred in such films as 3 Idiots, Like Stars on Earth, Rang De Basanti and Lagaan.

He started acting when he was 8, with his first credit coming in the 1973 film Yaadon Ki Baaraat, directed by his uncle, Nasir Hussain.

In 2001, he founded his own production company, Aamir Khan Productions.

His 2001 film Lagaan, starring Rachel Shelley, was nominated for an Academy Award for Best Foreign Film.