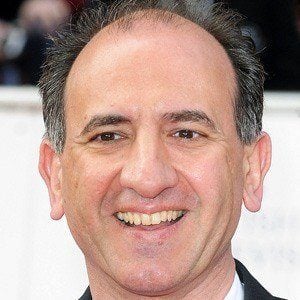 He earned an MA in English literature in 1986 and wanted to become a Roman Catholic priest before settling on a career in comedy.

He married Rachael Jones in 1990, and the couple has two sons and one daughter.

Armando Iannucci Is A Member Of