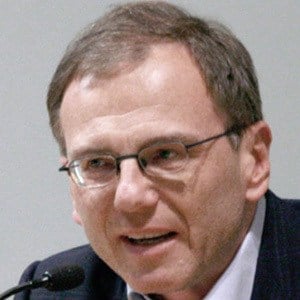 Austrian journalist who began hosting ORF's news show ZIB 2 in 2002. He began working for ORF as a freelance reporter in 1985.

He graduated from University of Vienna with a master's degree, and from the University of Innsbruck with his doctorate in political science.

His wife is Euke Frank, editor-in-chief of the magazine Woman. They have two children.

In 2018, he interviewed Vladimir Putin.

Armin Wolf Is A Member Of