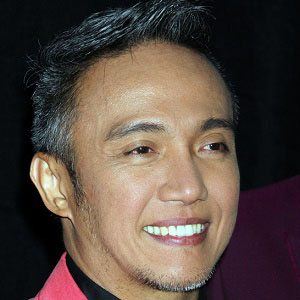 Singer-songwriter who rose to fame as the lead singer of Journey in 2007, replacing original lead singer Steve Perry. Pineda joined the band for the first time onstage at the Viña del Mar International Song Festival in 2008.

He grew up in a musical family and his mother often encouraged him to enter contests and to practice his singing.

He became the lead singer of Journey after band member Neal Schon saw clips of him singing on YouTube.

He married Cherry Pineda in 2001 and he has four children.

He grew up listening to musician Karen Carpenter who inspired him to sing.

Arnel Pineda Is A Member Of