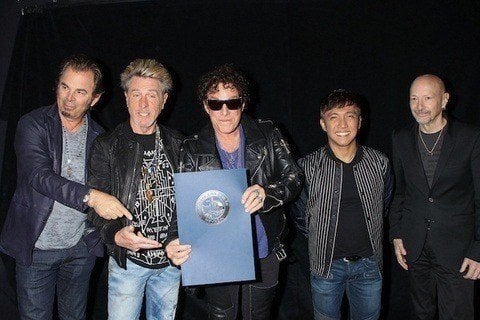 Band made up of former members from Santana and Frumious Bandersnatch. Between 1978 and 1987 they had seven consecutive multi-platinum. They were entered into the Rock and Roll Hall of Fame in 2017.

Their logo is a scarab beetle, which is a symbol the band took from Egyptian hieroglyphics.