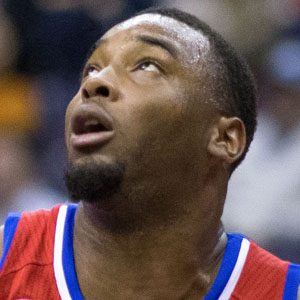 NBA power forward who entered the league in 2012 with the Philadelphia 76ers.

He played 2 years of college basketball at UTEP before transferring to Mississippi State to finish out his collegiate career.

He struggled to see the court in his first year in the league, and was sent down to the NBDL to play for the Sioux Falls Skyforce.

He was raised mostly by his mother, Rebecca Chandler.

In 2012 he began playing with Jrue Holiday on the Philadelphia 76ers.

Arnett Moultrie Is A Member Of