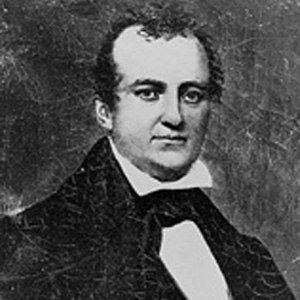 A member of the Whig Party who was the U.S. Senator from Delaware from 1830 to 1836 and who also served in the Delaware General Assembly.

He studied Medicine at the University of Pennsylvania and graduated in 1810, before serving as a surgeon general of the Delaware militia during the War of 1812.

He was a member of the board of trustees at the University of Delaware from 1833 to 1835.

He married Mary M. Schee in 1810, and they had eight children.

He served in office at the same time as U.S. President Andrew Jackson.

Arnold Naudain Is A Member Of