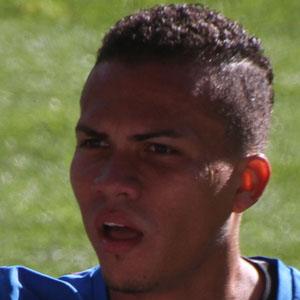 Defensive midfielder who spent two years with Rangers FC and was a member of the Honduran national team from 2011 to 2015. He was tragically shot and killed in his hometown La Ceiba at the age of 26.

He debuted professionally for Vida in 2008.

He helped the Rangers win the Scottish League One in 2013-14.

He was born in La Ceiba, Honduras.

He and defender Victor Bernardez were teammates on the Honduran national team.

Arnold Peralta Is A Member Of