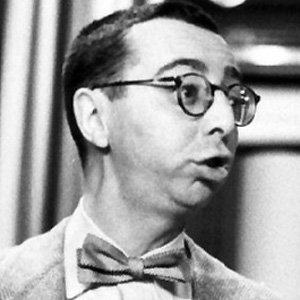 He appeared on New York-based network radio programs as a child.

He was an American comic who was on radio and some films including They Got Me Covered.

He was married to JoAnne Taggart in 1948, and the couple had children named Deborah and David.

He worked with Henry Morgan in his comedic program.

Arnold Stang Is A Member Of