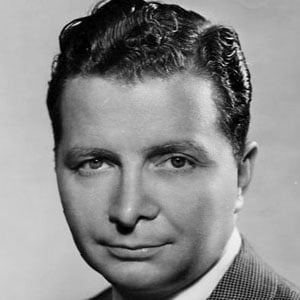 Comedian who appeared on the television shows I've Got a Secret and To Tell the Truth. He released his memoir, Here's Morgan! The Original Bad Boy of Broadcasting, in 1994.

He worked for a radio station and went by his birth name, Henry Lerner Van Ost, Jr. He later changed it because executives thought it was too difficult to pronounce.

He was briefly blacklisted after his name appeared in the infamous anti-Communist pamphlet, Red Channels.

He was once a caddy for the legendary golfer, Arnold Palmer.

Henry Morgan Is A Member Of