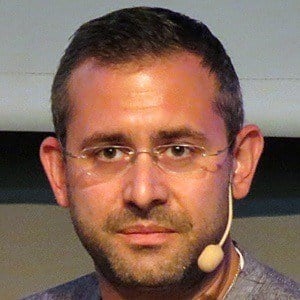 Stand-up comedian as well as film, television, and podcast personality who won the Bungee Comedy competition in 2007. He was also named Rookie of the Year by the Swedish Stand-up Awards. He created the podcast Till slut kommer någon att skratta (Eventually someone will laugh).

He received a bachelor's degree in film studies from the University of Stockholm before earning his master's in financial economics from the school.

He was featured on the TV3 show Rivalerna and thought he would eventually quit it. He starred on the show Grillad and the comedy series Någonting annat.

He discusses his Jewish heritage a lot in his comedy. His parents are Eve Meyersohn and economist Harry Flam.

In 2016, he started his own podcast called Dekonstruktiv kritik, which has featured special guests such as philosopher Alexander Bard.

Aron Flam Is A Member Of