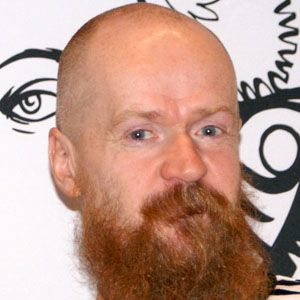 As a member of the Swedish dance band Army of Lovers, he contributed to such European hit songs as "Obsession" and "Crucified." He later founded a synthopop group called Vacuum and an electronic pop band named BWO.

Performing under the name of "Baard," he released his first single, "Life in a Goldfish Bowl," in 1982. Two years later, he began his studies at the Stockholm School of Economics.

An author and philosopher as well as a musician and songwriter, he co-wrote an internet and technology-themed series titled The Futurica Trilogy.

A native of Motala, Sweden, he later lived in Amsterdam, Netherlands, and the United States. During the 1990s, he was romantically involved with Petra Östergren, a prominent author and anthropologist.

He and French vocalist Jean-Pierre Barda were founding members of Army of Lovers.

Alexander Bard Is A Member Of