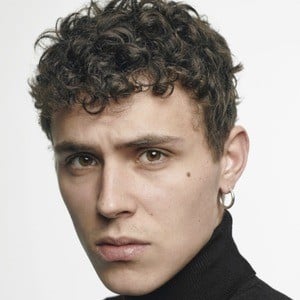 One of his original acting gigs was as a credited extra in the 2004 film The Gunman. He had his first proper acting job in 2011 with the film Maktub.

In 2020, he began modeling for the brand Lacoste. That same year, he released his first music singles "Sigo," "Todo" and "Friends."

His full name is Arón Julio Manuel Piper Barber. He was born in Germany and moved to Barcelona with his parents at the age of five.

He stars in Élite with Danna Paola and Jaime Lorente.

15 Years and One Day
The Gunman
The Broken Crown