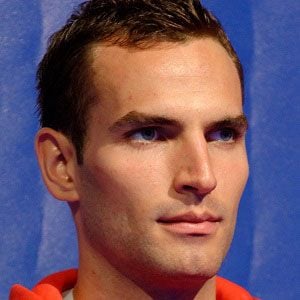 Hungarian fencer who took home an individual gold medal at the 2012 Summer Olympics in London. He previously won the team title at the World Fencing Championships in 2007.

He began his fencing career at Vasas SC in Budapest, where he was coached by Gyorgy Gerevich.

He was only Hungarian athlete to qualify for the 2012 Olympic Games.

His mother introduced him to fencing at age nine. He married Beata Szanto in 2017.

He and Italy's Valentina Vezzali are both Olympic gold medal-winning fencers.

Aron Szilagyi Is A Member Of