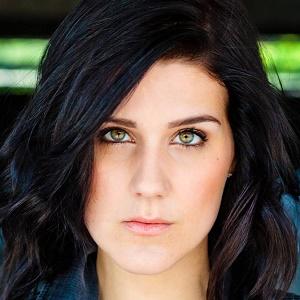 YouTuber, gamer, photographer, writer and voice actress affiliated with Rooster Teeth who provides her voice for Blake Belladonna in the series RWBY. She also portrays Dr. Emily Grey in Red vs. Blue.

She attended the North East School of Arts in San Antonio, Texas where she played Calypso in the Odyssey among many other roles.

She graduated with a degree in journalism from the University of Texas, Austin.

She was born in Rota, Spain but spent most of her life in Austin, Texas. She was in a relationship with Bob Morley.

She and Lindsay Jones are two of the four main voice actresses for RWBY.

Arryn Zech Is A Member Of