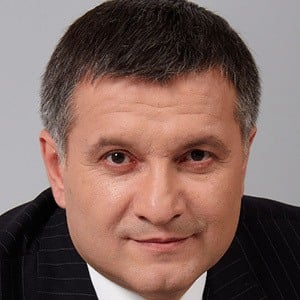 Businessman and politician who rose through the ranks to become the Minister of Internal Affairs for Ukraine in 2014. Previously, he served as Governor of Kharkiv Oblast and head of the Regional State Administration in Kharkiv.

He studied systems engineering at Kharkiv Polytechnic Institute and graduated in 1988.

He has authored numerous scientific papers including Circulation of Bills: Theory and Practice and Lenin with Us.

He married a woman named Inna. His son's name is Oleksandr.

Arsen Avakov Is A Member Of