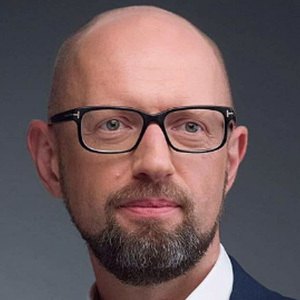 Rose to fame as the 15th Prime Minister of Ukraine between February 2014 and April 2016 as a leader of the People's Front party. He previously served as Ukraine's Minister of Economy and Minister of Foreign Affairs between September 2005 and December 2007.

He graduated from Chernivtsi University in 1996. After later earning his master's degree in accounting and auditing, he would graduate with his PhD in economics from Ukrainian Academy of Banking of the National Bank of Ukraine.

He served as the 7th Chairman of the Verkhovna Rada between 2007-2008. He was honored with the Cavalier of the Order of Prince Yaroslav the Wise Fifth Class for his work getting Ukraine admitted to the World Trade Organization.

He shares two children with his wife Tereziya.

He opposed Vladimir Putin's efforts to overtake power in the Crimean Peninsula in 2013.

Arseniy Yatsenyuk Is A Member Of