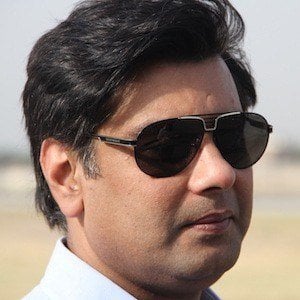 Journalist and reporter known as the host of the ARY News talk show PowerPlay. He initially honed his craft as the News Director of AAJ News and News Director on Dunya TV. He died at the young age of 49, after being shot by local police who claimed it was a case of mistaken identity.

He began working as a journalist by freelancing as a student in 1993. Not long after he received a master's in public administration and later a master's in media studies.

In 2012, he was gifted the Agahi Award for his work documenting conflicts in tribal areas with news organizations in London, Paris, Strasbourg, and Kiel. Shortly after his death, the federal cabinet constituted an investigation into the circumstances of Sharif's death.

He was born in Karachi, Pakistan.

Both he and Reham Khan are well-known journalists in Pakistan.

Arshad Sharif Is A Member Of