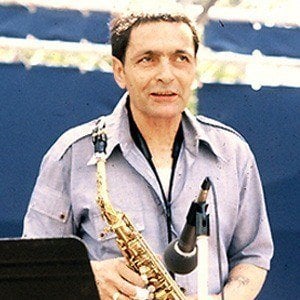 One of the best alto saxophone players to ever perform who is often associated with the West Coast jazz movement.

He started playing saxophone professionally in the 1940s with the likes of Benny Carter and Stan Kenton.

He was a heroin addict and spent a lot of time in prison, where he continued to play saxophone.

He was married three times. His last wife was named Laurie.

Pepper recorded more than fifty albums and collaborated with a wide array of artists, including Buddy Rich.

Art Pepper Is A Member Of