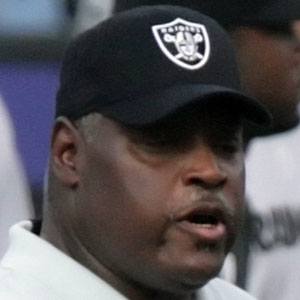 He was a standout tackle for Maryland Eastern Shore.

After coaching the Raiders for six years, he served as a senior vice president in charge of football operations for the NFL.

Had sons Arthur III and Christopher, with his wife Janice.

Elected to the Bay Area Hall of Fame along with fellow football star John Madden.

Art Shell Is A Member Of