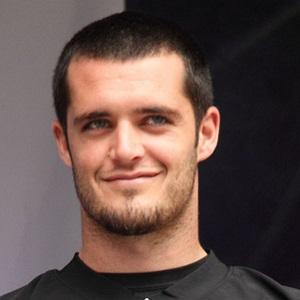 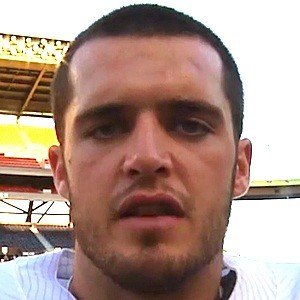 Quarterback who was selected 36th overall in the 2014 NFL Draft by the Oakland Raiders. He was a two-time Mountain West Conference Player of the Year at Fresno State.

Despite being the starter for only three years, he threw for nearly 13,000 yards while at Fresno State and won the Sammy Baugh Trophy in 2013.

He married Heather Neel in 2012 and has sons named Dallas and Deker. His brother David was also an NFL quarterback, selected first-overall by the Houston Texans in the 2002 NFL Draft.

Derek Carr Is A Member Of