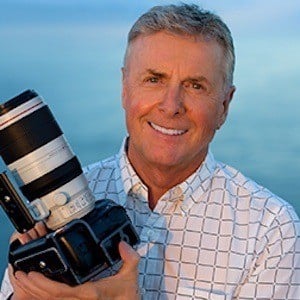 Award-winning nature photographer and conservationist whose work has spanned all seven continents. He's published countless books on photography including 2014's Earth Is My Witness and he also hosts the TV series Art Wolfe's Travels to the Edge.

He attended the University of Washington, graduating in 1975. He soon went on to work for National Geographic.

The Royal Photographic Society awarded him an Honorary Fellowship in 2005 and his photos have been used on stamps in the United States.

He grew up in Washington, the son of artists.

He and Bob Walker both became known for their work as conservationists and photographers.

Art Wolfe Is A Member Of