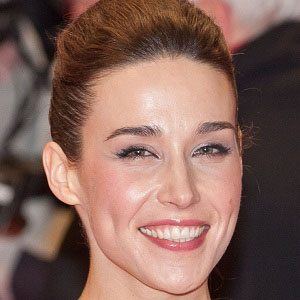 Perhaps most well known for her European Film Award and Cannes Film Festival Award-nominated portrayal of the title character in the 2008 movie Le Silence de Lorna (Lorna's Silence), she is also notable for her work in the films Late Bloomers (2011) and Three Worlds (2012).

She made her screen debut in the 2005 Albanian feature Magic Eye.

She starred in the acclaimed short film Baby, earning a Best Actress Award at the International Short Film Festival. During the Kosovo War, she worked at a refugee camp organized by the International Medical Corps. Later, she was employed by NATO as a translator.

Born to a family of Kosovar Albanian heritage, she spent her youth in Pristina, Yugoslavia (present-day Kosovo).

She and William Hurt both appear in the 2012 film Trois Mondes.

Arta Dobroshi Is A Member Of